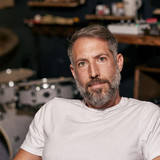 Danny Cocke resides in Los Angeles, CA and is a professional composer. His credits contain scores to films and episodic series such as The Prototype and Project SERA, as well cues in video games such as 2K' s "Evolve," and EA's Titanfall 2 campaign. His music has shown up in many high-profile big-budget trailers such as The Hobbit 3, Mazerunner, Thor: The Dark World, The Machine, Oblivion, Parkland, Runner Runner, The Amazing Spiderman, Snow White and the Huntsman, The Girl with the Dragon Tattoo, Captain America, Thor, Green Lantern, The Raven and more. In addition, his music can be found in over 50 TV shows worldwide.