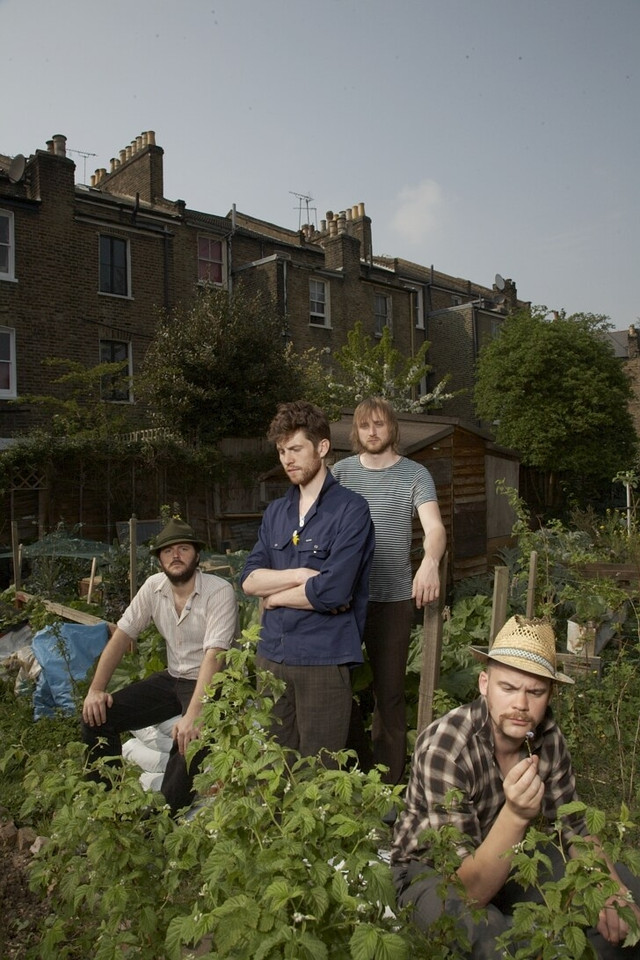 While the "two guitars, bass, and drums" lineup still dominates rock & roll, British foursome the Rumble Strips take a different approach to their music with a fresh sound built around the acoustic guitar and dramatic vocal style of Charlie Waller; the soulful horn work of Henry Clark and Tom Gorbutt; and the sharp, concise drumming of Matthew Wheeler. Named for the narrow-slotted paths on the sides of highways that produce noise and vibrations when weary drivers roll over them, the Rumble Strips were formed by Waller, who grew up in the small town of Tavistock and wanted to follow the lead of his uncle, a musician who played in a rock band. While Waller developed an interest in songwriting as a teenager, things didn't move much further until he moved to London and got a degree from an art college. Dividing his time between painting and decorating, Waller found his desire to make music returning, and when he crossed paths with an old friend from Tavistock, Tom Gorbutt, the two decided to form a band. Waller and Gorbutt recruited fellow Tavistock exiles Clark and Wheeler, and the Rumble Strips were born. The group's organic and soulful approach didn't find an immediate audience, and for a while Waller was doing double duty with another band, Vincent Vincent & the Villains; the pressure of gigging with two different groups (neither of whom knew Waller was playing with the other) became too much to bear and Waller briefly dropped out of music, but the Rumble Strips' fortunes rose anew when a London independent label, Transgressive Records, offered to sign the group. Debuting with the single "Motorcycle," the Rumble Strips began touring the U.K. with the likes of Dirty Pretty Things, the Young Knives, and the Zutons, and they were recruited by the Island-distributed Fallout label in 2006. An EP, Cardboard Coloured Dreams, was released in late 2006, and the band completed recording an album in Los Angeles for a projected 2007 release. That album was their debut, Girls and Weather, which was released in September 2007. Mark Ronson produced the follow-up, 2009's polished Welcome to the Walk Alone. ~ Mark Deming, Rovi