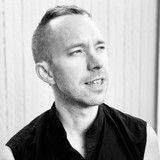 Song Designer lovingly nestled in California via Illinois. Jesse’s dad snuck a boombox into the delivery room and played The Grateful Dead's "Franklin's Tower" as his mom was delivering him. Its lyric "If you get confused, listen to the music play," couldn't be more of an accurate birth rite and life direction. Except Jesse didn’t just listen, he wrote and continues to write.

As of 2020, he’s written over 4400 songs, with more each week, and he is attempting to get authentic recordings of all songs to share; and ideally videos to match. Jesse sometimes joins forces with a rotating cast of excellent musicians for full band performances under the monikers, "Jesse And The Gorgeous Stardusts" and “Jesse Loves Me." He sees them as living band names—it’s how he actually feels about the people of the world and envisions the band name being said and being felt.