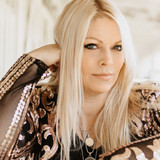 Jenn Ford grew up singing in choir, playing in her high school band, and going to church in a small town in rural Texas. She went to college for 2 years on a music scholarship, and then joined the US Army at the age of 19. After 11 years of military service, Jenn returned to Texas with her 2 children. She spent nearly 6 years of military service assigned to Army bands as a vocalist, entertaining dignitaries, troops, and American and European audiences for up to 150 shows a year. Jenn was signed to Texas Country Music Records in 2017 after a show stopping performance at the 1st Annual Texas Country Music Awards. She released her first single, "Baby Get Your Boots On" in the spring of 2018. She is currently signed to B&G Records, and has since released several tunes as a preview to the upcoming album. Since 2017, Jenn Ford has shared stages with Doug Supernaw, Holly Tucker, Darrin Morris, Jade Marie Patek, Sarah Hobbs, Meredith Crawford, Ally Venable, Blue Louie and Mike and The Moonpies. Jenn stands out as a blues and country singer, and does not shy away from any genre of music. She's been coined as the "Texas Roadhouse Adele" for powerful and energetic performances with her band, The Wide Eyed Devils. Jenn Ford is scheduled to perform during NFR at the Silverton Hotel Casino in Las Vegas on Dec 5, 6 of 2021 as part of the Grand Champion prize for the 2019 Texas Country Music Showdown. Find out more on jennford.com