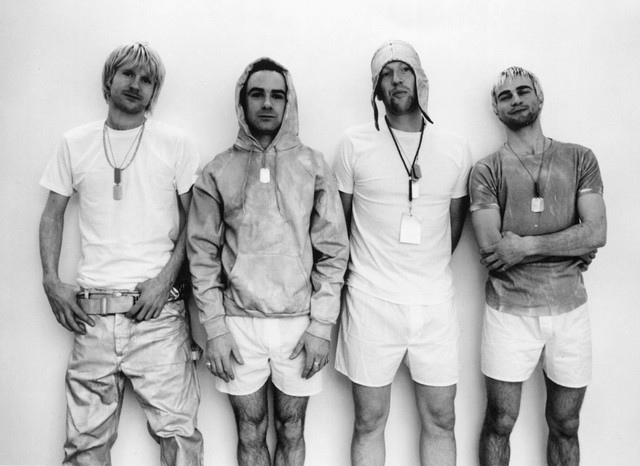 Their sound veering from post-grunge balladry to funk and ambient breakbeat to Madchester acid house, the Beta Band emerged on the British scene as (nominally) a pop group with few similarities to any other act going. Formed around three friends originally from Edinburgh -- vocalist Steve Mason, drummer Robin Jones, and DJ/sampler John Maclean -- the group later drafted bassist Richard Greentree. Scant months after forming, the Beta Band added a formidable ally in gaining exposure: manager Brian Cannon, the designer responsible for virtually every Oasis sleeve released to that point. The group's first EP, 1997's Champion Versions, featured mixing by the Verve's Nick McCabe. Two additional EPs followed in early 1998, The Patty Patty Sound and Los Amigos del Beta Bandidos. After collecting all three EPs on an album, the Beta Band began recording for their proper debut, a self-titled effort released in 1999. While prepping for the release of their sophomore effort, Hot Shots II, in summer 2001, the Beta Band scored the opening slot on Radiohead's monumental summer tour of the United States. Initial recordings for their next LP began around the same time; after self-producing the record and subsequently passing it over to Nigel Godrich for a final mix, the group released Heroes to Zeros in spring 2004. Just a few months later, the Beta Band announced they would disband at the end of 2004, citing the frustration of much critical praise but no commercial impact. The Best of the Beta Band -- a two-disc package containing one of their last performances -- was released in 2005. Mason went on to release material as King Biscuit Time (which had actually debuted in 1998), Black Affair, and his own name. ~ John Bush, Rovi