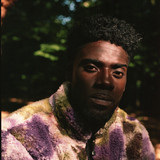 It has been two years since UK producer and vocalist TJ Carter, AKA Lil Silva, last released his own record. That was a one-off vinyl and t-shirt collaboration with Virgil Abloh that sold out in minutes. Never one to stand still and to stop pushing things forward, Lil Silva has spent his time over the last couple of years collaborating with George FitzGerald and Silk City (a new project from Mark Ronson and Diplo), lending his production skills to Adele’s album 25, co-producing a new Chip single with long-time collaborator Sampha, and most recently co-producing the new single for Drake endorsed UK rapper, Octavian. August 2018 see’s Carter taking his career to new heights with the release of the first of three new tracks. ‘Making Sense’ is the sound of an artist who is starting to realise his capabilities as both a vocalist and producer for the first time, whilst fully utilising his experiences over the last couple of years.