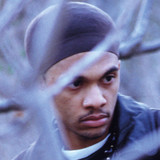 Mathematik is a multi-disciplinary artist (emcee, DJ, producer) who is deeply rooted in the music industry. He started out as a dancer in grade four, eventually evolving as a lyricist and then learning to DJ. As a once member of the soulful Hip-Hop crew Down to Erf, Mathematik's background embodies almost all the fundamental aspects of hip-hop culture. His roster of collaborators and cohorts reads like a Canadian Hip Hop ‘who’s who’ commemorative. Highlights include producer K-Cut, Sic Sense, Citizen Kane, Saukrates, and Dream Warriors. Additionally, he worked with Philly-based hip-hop queen Bahamadia, with whom he realised the 1999 notable single “Following Goals”.