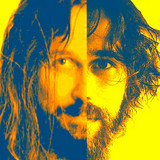 While 2020 continued to unfold with dramatic uncertainty, Randy McStine and Marco Minnemann found inspiration in moving forward, together, as McStine & Minnemann. The two multi-instrumentalists established the band in March, then released their debut album in July. Six months later, they are following up with their second album, II. As both records continue to gather praise for their creative blends of musical virtuosity and melodic accessibility, McStine & Minnemann is finding a home within the hearts (and record collections) of fans who enjoy disparate genres such as Hard Rock, Power Pop, Progressive Rock, and Punk.