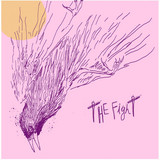 “Riot Rock” from Poland, UK, and Brazil, formed in 2017 and based in Poland. The band recorded their first EP in February 2018, being released May of the same year. The track “Unrest Rising” came out first as a music video combining images from the band’s first shows, including a street demonstration show.   More than a band, The Unrest stands against universal relativism and the destruction of values, truth and community. Punchy guitar riffs and raw rock roots, intertwined with trap, dubstep and D&B beats, form the base for a vocal line full of attitude and passion. The real experience is in the hard hitting and powerfully energetic live performance of three guys willing to give it all for the cause. See you at the stage!   “We’ve never been so close and at the same time so far from each other, never before so confused by life, its meaning and its purpose. This is our fight. We’ll take it to the streets!” Band formation:   Luke Greenwood (UK) - Vocals Molibdenowy Mateusz (Poland) - Guitars Robson Goncalves (Brazil) - Drums