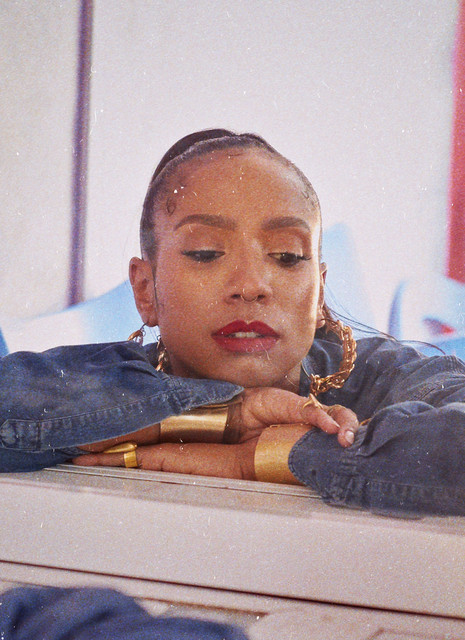 In her career, this daughter of a Ghanaian Highlife musician and a German political scientist never opted for the straight, simple path. Observing her Father, she picked up singing and playing the keyboard in Ghana, where she lived until the age of eleven. Following the success of her first three records "Baby Blues”, “Moody Blues” and "Mermaid Blues”, hailed by critics and fans alike in Europe, Y’akoto followed her instincts to relocate. As a black creative she craved to live and work in a black environment. In 2018, having toured and recorded worldwide, Y'akoto came full circle and returned to her home, Ghana.   As the World shifted her thoughts and style developed. Following the release of singles “Saturday’ & “Long Love” in 2019 she teamed up with producer Agajon. Feeling comfort in her surroundings they wrote and recorded her reintroduction in five days. Y’akoto claims “We both don’t talk much. We have nothing in common apart from music”; a natural catalyst for the creation of "OBAA YAA”.   “OBAA” meaning girl and “YAA” her birth day name. The day you were born in Ghana matters.   Possessing great passion from her guttural, brittle voice and never one to shy away from outspoken issues lyrically, 2020 provided the perfect opportunity for her return. In the most uncertain of times a very certain new chapter for Y’akoto was formed.