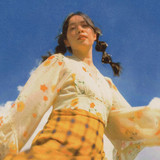 Reese Lansangan is a pop-folk singer-songwriter, musician, visual artist, author, and multi-awarded creative from Manila.   A trailblazer in the Philippine indie scene, Reese has brought her music to international shores, having performed in Japan, Singapore, New Zealand, and the USA. “A Song About Space” from her debut album “Arigato, Internet!” was chosen by NASA for their historic #LaunchAmerica campaign videos.   In 2018, she opened for Paramore's Tour Four and garnered praise from frontwoman Hayley Williams. She also opened for Oh Wonder’s Ultralife Tour in Manila, and has shared the stage with artists such as The Temper Trap, LANY, Purity Ring and Explosions in the Sky. She takes slices of life and spin them into head-bopping melodies and heartwarming confessionals.   With her signature wit and vocal looping prowess, Reese commands the stage and connects with people who appreciate general weirdness, injected into pop earworms.