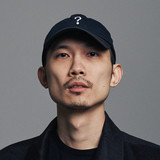 DJ QuestionMark is a London-based musician, producer, entrepreneur and esteemed flutist whose energetic, top notch productions mix scratch DJing with live flute and beat-boxing solos. QuestionMark is an award wining producer and DJ. Some of his achievements to date include: · 2011 DMC World DJ Championship Taiwan Champion · 2013-2015 Red Bull Music 3Style Taiwan finalist · 2016 Golden Melody Award (a.k.a. Taiwanese Grammy) Best Producer nominee · 2016 Golden Indie Music Award Best Band nominee · 2018 Midem story of success First featured Taiwanese artist/ music entrepreneur · 2019 RedBull Music 3Style Taiwan Finalist He has had a successful career as a producer and is now ready to release music under his own name - promoting glitch hop, hip hop, Jazz and funk. ‘DJ QuestionMark is a role model for other DJs’ - Vogue 'There is no doubt that DJ Questionmark is a well-known figure in Taiwanese DJ scene. With his open-format style, his sounds is always full of surprises and worth listening over and over again to ruminate in the soundscape that he builds.' - RedBull ‘One of the most creative multi-instrumentalists’ - Stuff Mag ‘Perfect sound born from the clash between music and fashion’ - KKBOX Except music, in 2015 he founded Spinbox, a DIY turntable in order to promote vinyl culture. The innovation of Spinbox has been supported by many world-renowned artists such as Beat Junkies, Skratch Bastid and DJ Mr. Switch.