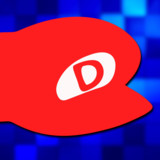 Devin Taylor (DTechNation) is an electronic musician from Chicago, Illinois. Born in 1990, he bought into the Nintendo culture and has been an avid fan ever since. His favorite game of all time is Super Mario Bros 3. He began to create music in 2009 based on classic game melodies, and his first album released on March 25, 2010. Devin Taylor’s albums are known for containing a variety of styles and compositions. Some songs feature modern styles of music, while others are completely orchestrated. The goal of DTechNation is to feature various styles of music from different generations of gaming’s past, while also preserving the original song’s nostalgic qualities. The songs "Journey of Jumpman" and "Journey of Mario" represented a departure from Devin’s typical style. These two songs featured completely original compositions that, with the help of recreated sound-effects, told the character’s story as they powered up, traversed obstacles, lost lives, and conquered levels. Reach out for song suggestions @DTechNation on Twitter