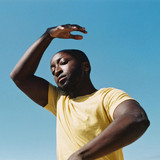 Rationale is the moniker of Zimbabwe-born Tinashé Fazakerley. He spent the first eight years of his life in a single room with nine relatives and no electricity in the township of Harare in Zimbabwe, before moving to Camberwell, south London, and finding solace in music. “It’s the one and only place in which I can always feel good in,'' he says. Since launching his slow-burning ‘Fast Lane’ in 2015, he’s achieved no less than 5 radio playlist positions for his singles, whilst appearing on Stephen Colbert and Jools Holland, and has written with Katy Perry and Rag ‘n’ Bone Man, and had one of his own songs covered by Ellie Goulding. He released his debut album as Rationale in 2017, and since then has independently released a series of tracks and EPs and toured all over Europe.   Rationale will be performing a sold out show at Islington Assembly Hall, London on 20 November.