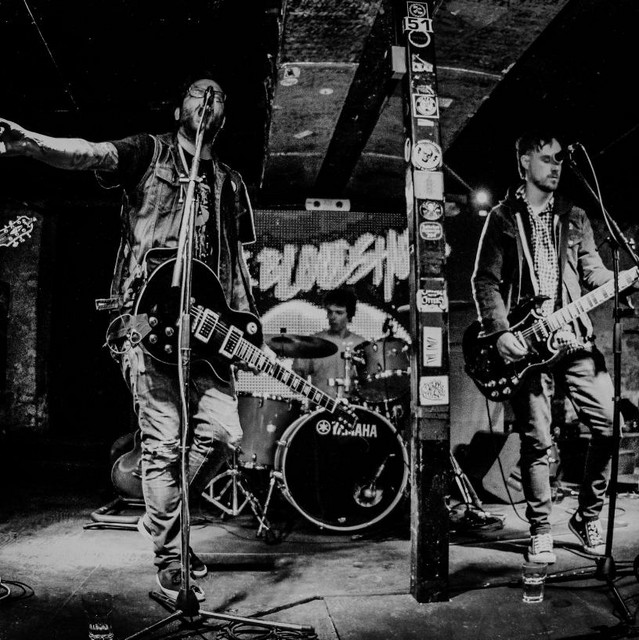 The Bloodshots are a true rock & roll band from Western Canada. Winnipeg-ish to be precise, the home to some of Canada’s great bands. Their never-say-die attitude fuels the engine under the hood pushes these denim-clad rockers further down the heart-worn highway of busted bottles and broken promises. Destination? Rock & roll Damnation. Singer CJ’s in-your-face vocals cut over ripping guitars as the ear-drum assault announces that a high-energy stage performance is about to engage the audience with pure raw power. Their new single, No Way Out to be released on November 9th via Golden Robot Records, is a rock anthem that grabs you by the ears and doesn’t let go for 3 and a half minutes. The guys produce that loud rock sound with a catchy chorus that they’ve been known for. Lyrically, frontman CJ Loane brings out his demons for the party and you’re all invited. Performing alongside Rock music’s greats including Finger Eleven, Buckcherry, Danko Jones, Moist, Econoline Crush, One Bad Son, Three Days Grace, Monster Truck, Steel Panther, SLASH, The Lazys, Jet Set Satellite, among many more. From small town dives to casino stages and concert halls, these blue-collar boys have proven that they have what it takes to grab the next rung of the ladder. With the support of Canadian FM Rock and Indigenous stations The Bloodshots have been expanding their listener base aggressively.