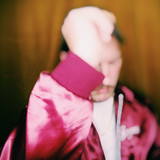 Firmly settled in the British seaside town of Margate, Elliot Kid Danger has performed worldwide with some of the most popular names in music. Having worked alongside Clean Bandit, Jess Glynn, Take That, Sean Paul and Little Mix to name a few, there is no stranger Danger when it comes to Elliot and the music industry. Starting as a session bassist, in 2017 Elliot Kid Danger got the itch for creating new music whilst co-writing on the album, “Andy” by Raleigh Ritchie. Fast forward to 2020, the itch was still itching, it was time to shift focus from performing for other artists, and start expressing his own thoughts and musical ideas. Taking influence from Mac Miller, Tyler the Creator, Frank Ocean and Chance the Rapper, Elliot Kid Danger presents a blend of church-inspired chord progressions, honest lyrics, 80s synths and hard-to-ignore basslines. It’s difficult to tag a specific genre on Elliot Kid Danger, but if you brace your ears for some alternative RnB, you won’t be disappointed. Kid Danger’s first single, “First Drop”, an apéritif to his EP, is a 2 minute, bum-wiggling cocktail of synth bass, bopping drums, gang vocal and trumpets. Elliot Kid Danger is currently working on the release of his EP, “Putting feelers Out”, which in his own words sounds, “Tasty and Wavy”.