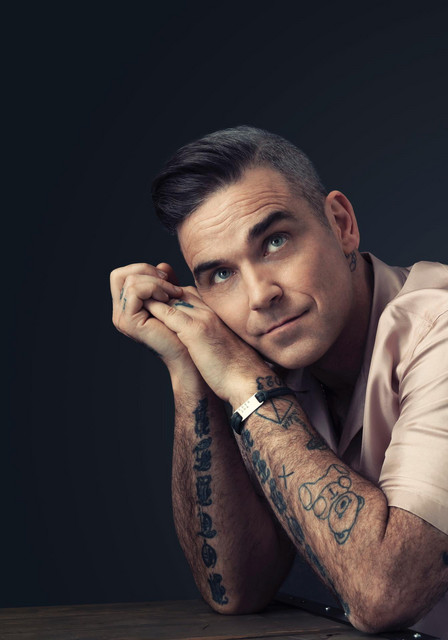 Robbie Williams joined Take That in 1990 as a 16-year-old from Stoke-on-Trent as their youngest member. When he left the band in 1995 at the height of their success, he was considered an entertainingly wayward loose cannon but few had serious expectations he would be successful going solo. The following year he met songwriter Guy Chambers and together they wrote songs to launch his solo career including the epic ‘Angels’ – the first in a career-defining generational soundtrack: ‘Let Me Entertain You’, ‘Millennium’, ‘No Regrets’, ‘Rock DJ’, ‘Supreme’, ‘Eternity’, ‘Feel’, to name a few. As well as the hits, Robbie emerged as the most acclaimed and charismatic live performer of his times, a position that was cemented and celebrated by his record-breaking 2003 Knebworth shows over three nights in front of a huge 375,000 people, as well as breaking the record for the most tickets sold in one day – 1.6 million – for his 2006 ‘Close Encounters’ tour.