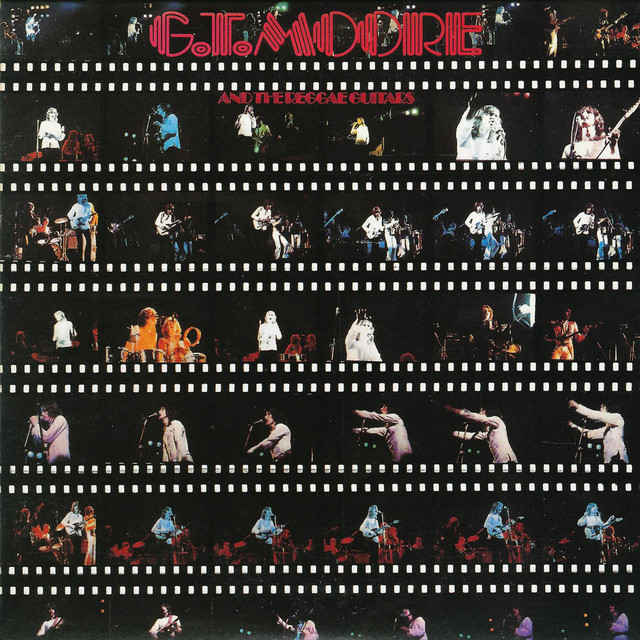 G.T. Moore And The Reggae Guitars

In the spring of 1973 a new reggae band was formed, 'G.T. Moore and the Reggae Guitars'. The line-up included Tom Whyte, Martin Hayward, Malcolm Mortimore, Tony Hannaford, Tom Robinson and Tim Jones. But there were several variations of their band with guest musicians like John 'Rabbit' Bundrick, Steve Holley and Tony Braunagel. At some point they had two drummers, congas and a three-piece brass section. They started off on the Pub Rock circuit but grew fastly to eventually play gigs all over the country and in Europe. Moore signed to the Charisma label and released two albums: G.T. Moore &amp; The Reggae Guitars (1974) and Reggae Blue (1975) and five 7" singles. Attracting both white and black fans touring with Jimmy Cliff, Betty Wright, Thin Lizzy and Dr Feelgood. An American launch was set up and a mix of live and studio material was released in America but shortly after, in 1977, the band split up. A third studio album was recorded but never got released, some tracks were mixed with other studio and live recordings and eventually released as 'Crazy World' in 2017. In 1979 Airto Moreira did a Brazilian cover of 'Move It on Up'. In 1985 he covered this again but now with Flora Purim. In 2017 Georgie Fame also released his version of 'Move It On Up' on a compilation with previously unreleased material.