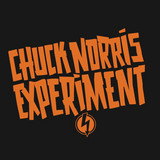 https://www.chuckgear.com Flashing out of Gothenburg, Sweden, the rock monster CHUCK NORRIS EXPERIMENT is celebrating 15 years as a band with the release of their 8:th studio album “Shortcuts!”. The album is released by German label No Balls Records and it is available as 7”LP/CD & digital download. The band name CHUCK NORRIS EXPERIMENT is often believed to been taken after the US martial arts champion Chuck Norris. But as all true believers and lovers of Rock’n’Roll know, the band name is a tribute to the legendary American blues guitarist Charles“Chuck”Norris Chuck Norris , who recorded the classic live album “Los Angeles Flash” in the bands hometown Gothenburg on June 25, 1980. The CHUCK NORRIS EXPERIMENT sound is kept intact, more powerful than ever as the band have returned to the classic hard rock sound it all started with fifteen years ago. CHUCK NORRIS EXPERIMENT has spent a lot of time on the European roads headlining tours and blowing festivals the last few years, and have shared stage with a bunch great bands like Supersuckers, Peter Pan Speedrock, Mondo Generator, Massendefekt, V8 Wankers, Electric Eel Shock, The Exploited, Adam West, Hard-Ons, Dozer, The Meteors, ...And You Will Know Us by the Trail of Dead, Bombshell Rocks and many more