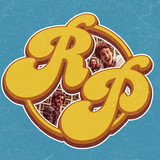 "....Orlando's #1 dance band." - Orlando Magazine With the combined sounds of early 70s pop rock, and late 70s funk and disco, Raspberry Pie have been packing dance floors throughout Florida. Composed of guitarist/vocalist Douglas Horne, keyboardist Ryan Goodwin, and their robot drummer CLYDE, Raspberry Pie are all about feel good songs with tasty grooves and sing along choruses. Their first single, "Loveseat" from 2016's "People, Places, and Things" stands as a perfect example of this; an ear worm melody with tongue in cheek lyrics over classic 70s production. Since their first show in 2015, they have made a name for themselves as the premier dance band in Orlando, turning every major venue in town into Studio 54. They've also played headlining shows at Tampa Bay Comic Con, Atlanta Con, and Metro Con to great reception. They will be releasing their new EP, "Lunch Rush" in 2021.