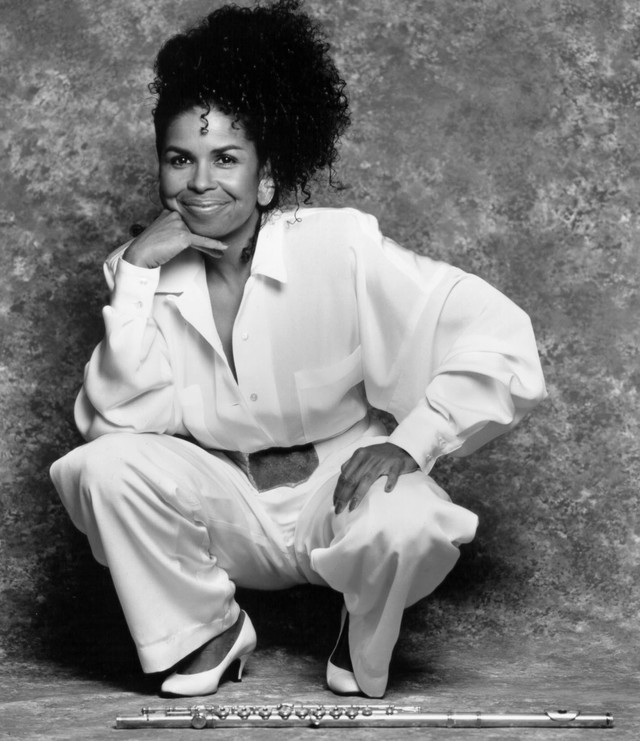 The much-admired instrumentalist Sherry Winston is one of modern jazz's biggest innovators, thanks to her classic arrangements issued throughout the '80s and '90s. She plays into other major trailblazers such as Najee, Grover Washington, and Quincy Jones, while receiving critical acclaim from around the world that has lasted throughout her entire career. A multi-Grammy nominee, an educator, and performer, Winston plays with a delicate balance. At age 11, Winston first picked up the flute and by the time she was a student at Howard University, she was already shaping a name for herself. She began touring with a jazz ensemble, which included R&B chanteuse Roberta Flack, later landing herself a job as the National Director of Jazz Promotions at Columbia Records. There, Winston shaped the careers of Miles Davis, George Michael, Hubert Laws, and the Marsalis Brothers. Her defining role in the music industry, however, was not to be on the business side: Winston yearned to have a recording career as a flutist. She issued Do It for Love just prior to her major-label Grammy-nominated debut Love Is... in 1980. Love Madness followed in 1986, but Winston took a long break before releasing her fourth album Life Is Love and Love Is You in mid-2000. She has crafted her contemporary jazz stylings into something to be desired. Aside from her work as an artist, Winston has also appeared on The Today Show on NBC and BET. She has performed with the likes of Chaka Khan, Regina Belle, Peabo Bryson, and Roy Ayers, as well as participating with various festivals: the Kentucky Center for the Arts Spring Fest, the Hartford Jazz Festival, and the Jackie Robinson Jazz Festival. ~ MacKenzie Wilson, Rovi