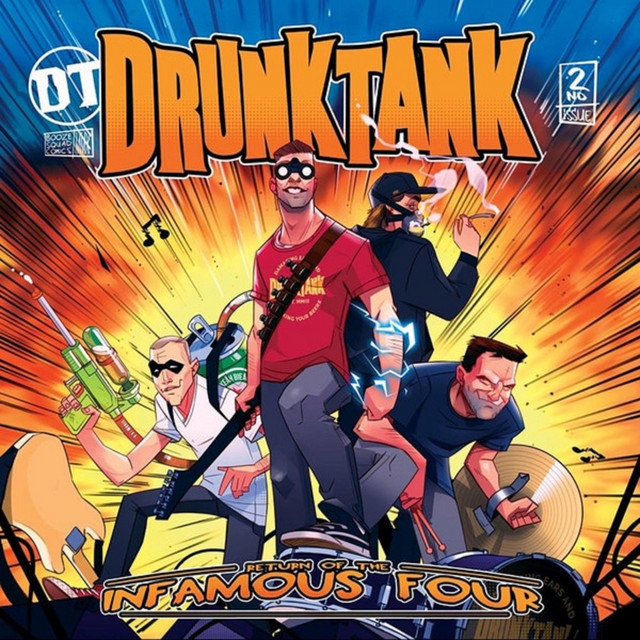 Damaging ears and drinking your beers since 2003. In a world, where mainstream demons dominate the musical landscape, four new heroes have emerged. Armed with the power of lightning, a limitless supply of smoke and beer and the everlasting sounds of skatepunk and metal on their side, they tour the globe in order to spread their message that Punkrock. Will. Never. Die. Damaging ears. Drinking your beers. These are the adventures of The Infamous Four. Drunktank brings you fast, melodic, sing-along 90's skatepunk in the tradition of Epitaph, Fat Wreck Chords and Burning Heart bands, combined with riffs and guitar harmonics from 80's metal. The Dutch skatepunkers started in 2003 and released 4 EP’s and two full-length albums "The Infamous Four" (2010)