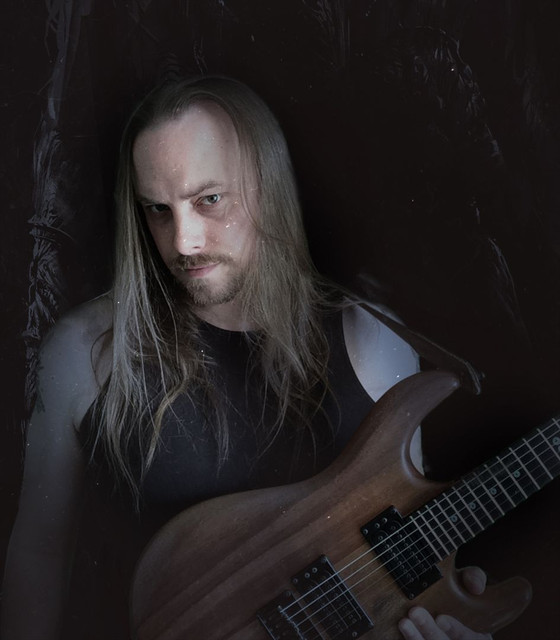 Melding the musical instincts of a modern-day Classical Composer with the animal instincts of a Metal and Shred guitarist, Brett Miller has been delivering orchestrally-infused Metal, heavily inspired by H.P. Lovecraft, for over a decade.   As a Berklee-trained guitarist, Miller’s music is influenced by 80’s and 90’s era shredders like Vai and Satriani, but with a decidedly heavier and more twisted bent. In Brett’s soundspace, Thrash, Prog, and Death Metal are successfully blended with Fusion and modern classical harmony - resulting in an unpredictable and explosive musical compound.   Brett’s output of instrumental metal guitar began with Constant in 2006 and was followed up by Druid Green (2007), Crawford’s Apparatus (2009), Metal (2013), and Beast Sides (2014). During this period, in addition to his guitar records, Miller composed full-length original soundtracks for video games (the Mishap series, published by Namco/Bandai).   2016 saw the release of Oath Of Dagon, a record wholly inspired by the weird fiction of H.P. Lovecraft (and wholly funded by fans on Kickstarter). Lovecraft's literary fingerprints can be found on all of Brett’s releases, and his writing remains a major influence.   In addition to playing, Miller is heavily involved in the world of guitar instruction, and has authored many books and courses through his company, Metal Guitar Academy MGA. He teaches students all over the world (in person and via Skype), as well as through his guitar publications.