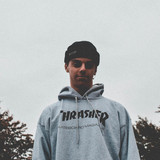 Just 19-years-old, Washington DC producer and DJ H3nry Thr!ll is fast making a name for himself with his infectious brand of hard-hitting but melodic Bass House.   Honing his craft in the studio and out on the dance floor, the American teenager has been producing since the age of 12 and hustling sets at local clubs and festivals from 15. At 16 he dropped his first EP, the dark, heavy and fiercely creative ‘Portal EP’, followed in quick succession by singles ‘Hands Up High, ‘Lean’, ‘Shook’ and ‘How Does It Feel’. Just a year later and with 700k Spotify streams under his belt, H3nry’s music was making it into the record bags of A-list artists like Alesso, Don Diablo, Oliver Heldens, Blasterjaxx, Anna Lunoe, DJ Scratch, BIJOU, Zonderling, Sleepy Tom and the Italian Allstars, supporting singles ‘Into You’, ‘Down’, ‘Stay A While’, ‘Money’ and Concentrating’. H3nry has also won acclaim from a wide range of international media including Fresh Music Freaks, Musik Freitag, Broadway World, The Nocturnal Times, Dance Charts, Rockdafuqout, Vents Magazine, Rave Jungle, The Noise Gate, The Music Essentials, Groove Mag, EDM Networks and EDM Nations.