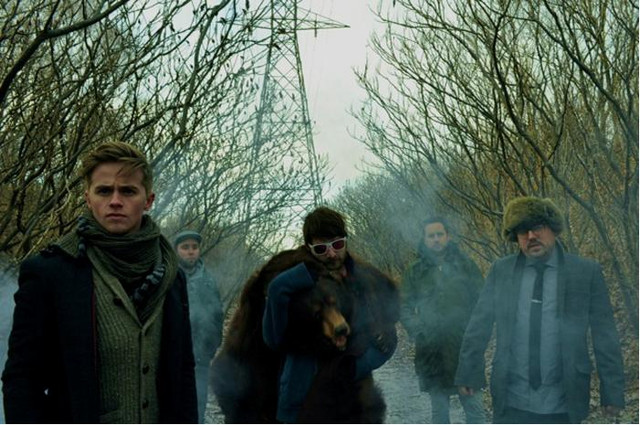 Formed in 1999, Still Life Still came together when a group of junior high school friends -- who all lived within a couple of blocks of each other in Toronto suburb East York -- Aaron Romaniuk, Eric Young, Brendon Saarinen, and Derek Paulin decided to start a band, even though none of them really knew how to play instruments. Choosing Saarinen as their frontman because of his limited experience with guitar, and because he had already written a few songs, the quartet began practicing in Romaniuk's parents' basement, experimenting with band names and lineups before finally settling on Still Life Still. With Saarinen and Young on vocals and guitar, Romaniuk on drums, and Paulin on bass, Still Life Still worked on perfecting their brand of indie rock in the local bars and clubs, Romaniuk and Saarinen even dropping out of high school in order to focus more on songwriting. With Romaniuk's brother Josh joining in on keys and percussion in 2004, the band began to attract a following, eventually relocating to Toronto proper and gaining the attention of Broken Social Scene (to whom Still Life Still is often compared, soundwise) and Arts & Craft's A&R head Kevin Drew, who was so impressed after seeing them in late 2008 that he had soon signed them to his label. Though the deal was initially for a three-song demo, the band came into the studio with so much material ready that soon a full 11 songs had been recorded. Still Life Still's EP, Pastel, was released in June 2009, and the full-length, Girls Come Too, came out in August of the same year. Mourning Trance followed in August 2013, previewed by the single "In Enemies." ~ Marisa Brown