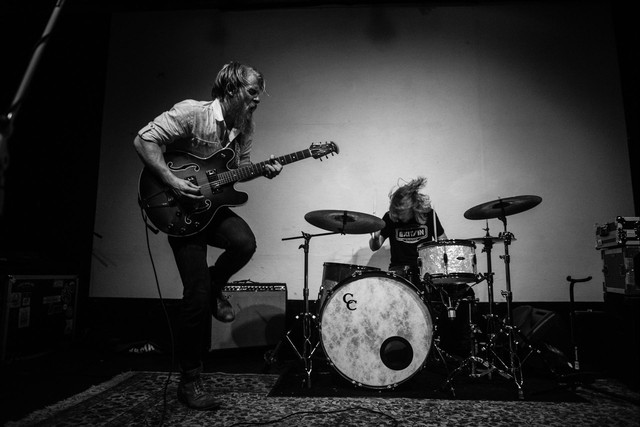 Brother Man is the lean mean sound machine of Nashville. Chris Winfree and Dalton Smith are a two piston engine firing on all cylinders - fine tuned and raring to go at a moment’s notice, they’re a rock n roll band well worth the envy of all comers in Nashville. A perfect combination of frenzied fills and unparalleled pocket from Smith on skins, and Winfree as the king of cavorting, with a scream that would make Screamin Jay Hawkins blush, Brother Man have gone from cutting their teeth to securing a corner in the Nashville rock n roll scene. There’s no scuzz, no garage, just fully fledged rock n roll with just enough soul. It’s always been back to the basics with a modern edge. 2018 was a landmark year for Brother Man, in a brief respite from the ongoing road warrior initiative of the band, Winfree and Smith went into Fleetwood Shack (Bill Reynolds’ studio, formerly of Band of Horses) with Marc Whitmore (Michelle Branch, Patrick Carney, Aida Victoria) to bring about what would become the band’s third and most realized EP, All On My Own. Whitmore carried the weight of production, engineering, and mixing duties, while Winfree and Smith carried on their role as the rock n roll torch bearers for Nashville. The end product is a near master class in no muss, no fuss rock n roll music.

So whether its a dive bar, dance hall, or theatre, Brother Man are as close as you’ll come to mainlining rock n roll in Nashville, so you’d be sorry if you missed it.