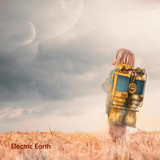 Sweden’s Electric Earth, who started out in the beginning of 2001, put great importance on artistic freedom and musical integrity. The members are influenced by many of the most creative and open minded musicians and bands in the history of music. This standpoint and attitude coloured the band’s debut album 'Organic Songs – Volume One” (2004)

On stage Electric Earth add extra energy and personality which make them a strong live act. Electric Earth has released 5 full length albums as well as an array of ep's and singles to date. Electric Earth has earned them critical acclaim as well as being nominated in the top 5 Rock/Metal album category by the Music Resource Group. They have also been in collaborative work with world fame producers Roberto Laghi and Beau Hill as well with some of the members from top rock acts like The Crown, Freak Kitchen, Gov’t Mule, Clawfinger and The Story Behind to name a few. 2015 nearly saw the ending of Electric Earth but instead of calling a quits remaining members focused on the core of what Electric Earth are all about and staying true to their vision of Hard Rock music they wrote tons of tunes resulting in the recording of the self titled album Electric Earth Electric Earth now sounds better than ever and once again ready to rock and roll.