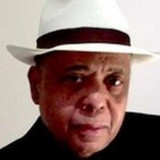 Pat began singing at the early age of 15 in the Caribbean island of Trinidad where he formed a trio called the Canaries. The three friends went on to win an island-wide televised contest called 'Scouting for Talent'. The group performed at various charitable venues as the boys were too young to perform in clubs. Returning to his native Jamaica, Pat joined the Jaywalkers, a six piece R&B/Rock Steady(Reggae) band that enjoyed much popularity with the local islanders. Migrating to Toronto in the late 1960's, Pat played with various R&B groups. He has covered numerous road tours and performed with some of the top musicians in Toronto. Pat’s vocal training began at Toronto's Royal Conservatory of Music, then onto Humber College's Jazz Program. He holds a degree in Psychology from York University in Toronto and worked as a Social Worker. Pat is also a licensed Realtor. His debut album “Come Into My Life” was nominated for Traditional Gospel Album of the Year at the 2006 Gospel Music Covenant Awards (GMA) in Calgary Canada; and songs "Lord of Lords, King of Kings" and the title track "Come Into My Life" were nominated for Traditional Gospel Song of The Year. Recent: "Still in Love With You";"For Awhile"-pop/ballad; Never Alone (We Stand Together)" pop; “Should Have Never Let Her Go”; country. "I Can't Breathe (Black Lives Matter)" reggae https://itunes.apple.com/us/artist/pat-reid/id161871237 www.patreid.com https://music.youtube.com/channel/UC0OhWnqyOl8mRuQr96VtU0g Pat Reid