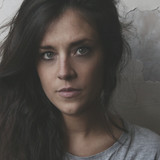 After she was born, Raphaelle suffered from a series of severe ear issues that led to single-sided deafness. At age 4, following doctor's recommendation, she started an intense piano practice. Music became her path to recovery. She then continued studying music for 15 years at the conservatory of Lille, France, where she graduated in 2002. From her early teens, Ennio Morricone, Jerry Goldsmith and Francois de Roubaix scores were already playing on her disc-man. in 2015, she decided to leave her marketing job at Google to pursue her lifelong passion for music and film scoring. ​She quickly started writing for independent films and music houses.​ She then began to work for trailer houses and got featured in major Hollywood productions like Incredibles 2 and Maleficent: Mistress of Evil. Her forthcoming commissions include: Secrets of the Whales, a Disney+ original documentary series exec-produced by James cameron and narrated by Sigourney Weaver. and Introducing, Selma Blair a feature documentary about the actress and her journey with multiple sclerosis (SXSW film festival lineup 2021- honored with special jury recognition for exceptional intimacy in storytelling).