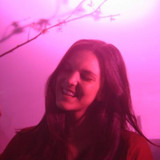 Lissa Lo is a self-taught producer/singer/songwriter based in LA. Her influences include Lorde, the Weeknd, Marian Hill, Lana Del Rey, and the Chainsmokers. Lissa Lo released her debut EP, Brilliant, track by track over the summer of 2017.

She was featured on multiple blogs including Electronic North, Elite Muzik, Indietronica, Dasende Beren, Wolf in a Suit, and more. With a self-produced EP and multiple collaborations, Lissa Lo has amassed over a million streams across digital platforms worldwide. Her 2017 EDM collaboration with European producer Robby Burke, Take Over, has over 120,000 streams. In April of 2018, Lo teamed up with Robby Burke again to release a remix of her song All I Need with NoCopyrightUnited. The remix currently has over 1 million streams. In the latter part of 2018, she teamed up with Sk-Hall to release a remix of Brilliant and a new EDM single, Can't Get Enough, with NoCopyrightUnited. In 2019, Lo announced she was returning to her music roots in pop. She released a jazz inspired pop record, City Streets, detailing her experiences living in New York City.