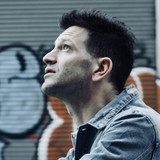 "Dante is going to be a legend" - Yellow & Black Music   Named one of the Top 20 Prospects by Music Connection Magazine, native New Yorker Dante Mazzetti delivers a unique brand of alternative roots music. Described as a “standout songwriter” (New Music Weekly), "multi-talented musician" (The Independent), and "the next big thing" (Keep Walking Music), Mazzetti is known for his gravelly vocals and heartfelt performance. As a multi-instrumentalist, Mazzetti plays most of the instruments on his albums and during his live performances. (Check out his YouTube channel to see the unique way he does it!)   Mazzetti began his music career with the release of his self-titled debut album.

But after September 11th, music took a backseat when he decided to join the New York Fire Department where he has been awarded a medal of honor for his heroism.   In July 2019, Mazzetti made his official return to music and released his third full-length album, Hotel.