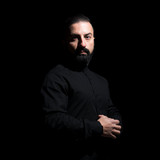 Dj Van Damme was born and raised in Giannitsa, a Greek city. Fascinated by music from an early age and being self-taught, he had his first contact with music while he was working as a DJ in a nightclub of his city at the age of 15 .   His first attempts involve parties (R & B – Hip Hop), as this is the kind of music that he admires. .At the age of 17,he started hosting parties in various clubs and at the age 19, he participated in the first big party of the Club Mea Nox, playing R & B rhythms and other music options.   His encounters with famous artists such as Dj Pritani (Imiskoubria), Nikos Vourliotis (Going Through), Dj Earth – El Zeraw, former band members of «Tang Ram» and «Vegas» (currently) have led to expand his horizons. He created his first Greek song with his own lyrics and music for a Going Through competition in 2006, entitled «An idea crossed my mind,» in Hip Hop Style in the Studio Cartel of John Karma (Eurovision 2002 with the Greek singer Michalis Rakintzis).   His itinerary goes on in other cities,as well. In 2007, he moved in the city of Serres where he has been working since then. He has become well-known and this allows him to participate in various events and parties.