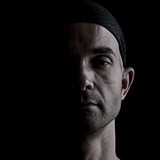 Bio (english) Daniel Levez (*1983, Düren) is a DJ and producer of techno music. He's been playing records since 2005. With lots of empathy he knows to mix up driving baselines, hypnotic beats, and funky sounds, thereby creating an atmosphere that casts a spell over every crowd. Performing live on his e-drums his sets are conferred with a distinctive touch. In 2003 he moved from Northrine-Westfalia to Munich. There he started to play records on event series like „Submovers“, „Isle of Summer“, „ Elektrokeller“, „Wir sehen Farben“, and „Gute Laune“ two years later. From 2007 to 2010 he was managing the Strobe Club (Munich) together with Rene Kuntze and playing records there himself as well. Since then, he's a popular act in many clubs around Germany, for example the Rheingold (Düsseldorf), Fusion Club (Münster), and Butan Club (Wuppertal). His carrer has been inspired by the collaboration with extraordinary artists like The Advent, Popof, Eric Sneo, Terence Fixmer, and many more. Since 2010 Daniel Levez moderates local heroes from Munich in his own show, which is broadcasted monthly every 1st Saturday on Radio Spurensuche. Besides of that, he organizes big events like "Digitaltanz" and "Alle Mann Da" showing as chef booker a deep knowledge of the scene and a fine grasp of encouraging people to dance like there's no tomorrow. His mission: to make music that starts with a prickle in your toes, ending up with a explosion in your brain as well as directly striking your heart.<br>