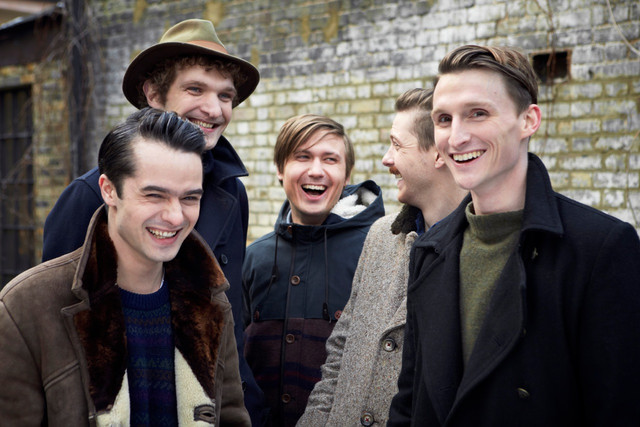 Zulu Winter's anthemic pop, syncopated beats, and melancholy lyrics make for a sound as smart as it is danceable. The quintet of singer/guitarist Will Daunt, bassist Iain Lock, guitarist Henry Walton, keyboardist Dom Millard, and drummer Guy Henderson first started playing together as teenagers in Oxfordshire, parting ways for college and side projects but reuniting in London by early 2011 under the Zulu Winter name. By that October The Guardian featured them as New Band of the Day, one month ahead of the band's gig as openers for the Friendly Fires' European tour and the release of debut single Never Leave. Zulu Winter closed the year with a feature in Q Magazine's The Faces of 2012 and offered follow-up single We Should Be Swimming by February 2012. The release was dubbed Hottest Record on Zane Lowe's BBC Radio 1 show, just in time for the band's opening slot on the Pacific Rim leg of the Horrors' tour. That April the single Silver Tongue arrived, expanding a month later to EP form with the addition of remixes. Zulu Winter's full-length debut, Language, followed on the Arts & Crafts label two months later. ~ Chrysta Cherrie, Rovi