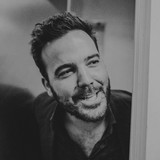 Juan Zelada is a Spanish singer/songwriter from Madrid, releasing new EP "Cercedilla Sessions" in 2020, having previously released 4 studio albums, the first of which achieved lots of radio play on BBC Radio 2 in 2012, titled "High Ceilings and Collar Bones" when he has based in the UK.

After UK tours, shows and other EP releases, he returned to Spain to record another 2 albums, touring the country as well as collaborating with national artists and establishing himself in the national Spanish scene. His style is soulful, roots based with a clear link to pop classic songwriting. He wishes to experiment other frontiers, musical styles, and continue travelling with music.