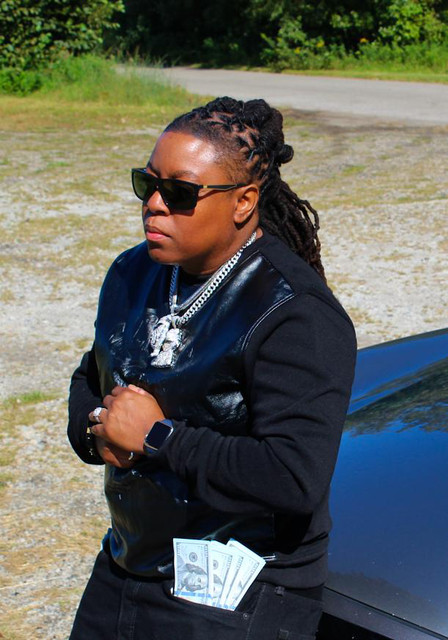 ThuggMiss, a rising hip hop artist in the international independent scene, has released her latest studio endeavor, ‘What you doing tonight?.’ The new single. Available on all digital music platforms, including iTunes, Google Play, and streaming services like Pandora and Spotify. Followed with her latest Ep & Album "Self Made" & "A Female Grind", working with national recording artist like Lil' Flip, C-Bo, Kstylis, Shorty Mack, Koopsta Knicca (R.I.P) member of 36 Mafia, Marvaless and many more. ThuggMiss has also been produced by Grammy award/multi-platinum producer Jimi Kendrix. Born in Oklahoma City but raised in Kansas City,Mo ThuggMiss’ upbringing was anything but a fairytale. From being in the streets to being locked up physically and mentally, ThuggMiss had to overcome immense obstacles to be where she is today. Her music is an outlet for her to share her knowledge about what is really going on and how to survive in the streets.