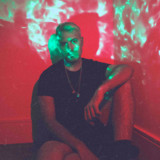 Daniel Liam Glyn (he/him) is a British music composer and producer most known for combining his music writing with Synaesthesia. Born in Manchester, UK, Daniel's admiration for the works of Erik Satie, Steve Reich, John Cage, and Eric Whitacre inspired him to embark on a career of contemporary composing, and his work has been heavily influenced by a unique way of visualising numbers, letters and words in his mind with specific colours (Synaesthesia). Combining colours with feelings had a very poignant effect when Daniel moved to London, and was the inspiration for his first album, Changing Stations.

Changing Stations is an 11-track classical-contemporary album based on each of the main lines of the London Underground and composed using Grapheme Colour Synaesthesia. It was released digitally and physically worldwide via Daniel's own label Caravan Boy Records shortly after his 30th birthday. In 2017, Changing Stations was transformed into an eclectic mix of Electronica, Ambient House, Nu Disco, and Drum + Bass by electronic music producer Damion O'Brien under the aliases Designer Thumbs, Afferent, and Cassini Division to create Changing Stations: Derailed. Daniel's sophomore album Nocturnes (Expanded Universe Edition), is a collection of electronic, ambient soundscapes influenced by his dreams and inspired by the enigmatic thrill of night-time (composed entirely during the Covid-19 lockdown in 2020).