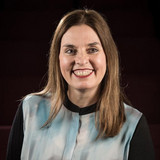 Clélia Iruzun’s endearing artistic personality, which combines her native Brazilian spirit with her exceptional musical gifts, has enabled this much-admired London-based pianist to build an enviable reputation for her performances of a wide range of music, from the great classical repertoire to works by significant figures from across the Americas. Clélia Iruzun initially studied at the School of Music in Rio de Janeiro before becoming an advanced student at London’s Royal Academy of Music, where she won a number of major prizes. She has subsequently worked with Nelson Freire, Jacques Klein, Stephen Kovacevich and Fou Ts'Ong, among other international artists, and many important Brazilian composers have written works for her. Clélia’s busy life embraces frequent appearances across Europe, the Americas and Asia. She has performed on television and radio in many countries, including frequent broadcasts for BBC Radio 3. Clélia has made a number of highly successful CDs ranging from Latin American composers to Concertos by Mendelssohn and the British composer Elizabeth Maconchy. Recently released to great acclaim is a new album on the international SOMM label of the Piano Concertos of Francisco Mignone and Isaac Albéniz with the Royal Philharmonic Orchestra conducted by Jac van Steen. www.cleliairuzun.com