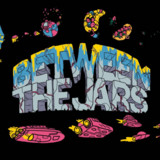 Featuring Between The Jars

Between The Jars… that is where this young band composes its music. In 2014, five musicians from Utrecht turned the attic of a drinks wholesaler into their own studio to create a distinctive sound, inspired by acts such as Pink Floyd, Radiohead, and King Gizzard & The Lizard Wizard. Soon after Between the Jars was founded, the band took off when winning a several local band competitions and releasing its debut EP ‘Sirens’ (2015) in a sold-out EKKO. By now, Between the Jars performed more than 120 gigs around the globe including the stages of Paradiso, The Melkweg, and 3FM and foreign tours in Germany, France, and India. In India, Between the Jars played its most noticeable gig at the Mood Indigo festival (2018)—which is known as the biggest college festival in Asia, attracting more than 140,000 visitors each year. Back in NL, Between the Jars recorded their debut album ‘Oh… What a Time to Be Alive’ together with producer George Konings at Sound Vision Studio. The album subtly takes the listener through a variety of atmospheres that are connected by the peculiarities of the world we currently live in and was mastered by Miles Showell at the legendary Abbey Road Studios. During the lockdown, Between the Jars transformed their rehearsal place into a professional recording studio while keeping in touch with George Konings. Their fruitful relationship quickly resulted in a second studio album to be released on May 28th, 2021.