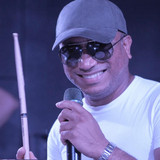 Cuban multi percussionist known for its style of playing and conception of percussions, based on a combination of drums, voice and electronic instruments. Its remarkable independence of the body allows it to get a multitude of sounds that give the feeling of listening to various musicians when it is only one.   Since the beginning of his career Ernesttico has collaborated in several live, studio and TV projects with numerous national and international artists such as: Emiliano Salvador, Merceditas Valdes, Gonzalo Rubalcaba, Ernán López-Nussa, Yoruba Andabo, Jane Bunnett, Síntesis, Pino Daniele, Pat Metheny, Jovanotti, Eros Ramazzotti, Gloria Estefan, Horacio El Negro Hernandez, Zucchero, Renato Zero, Ron, Ivano Fossati, Michael Franti & Spearhead.   From the beginning of his career Ernesttico has collaborated in several albums such as: Spirits Of Havana with Jane Bunnett - Lorenzo 1997 - L'Albero, Jova Live 2002 with Jovanotti - Roma with Collettivo Soleluna - ZU & Co. with Zucchero, just to name a few. Listen more on playlist below: Ernesttico Playing On