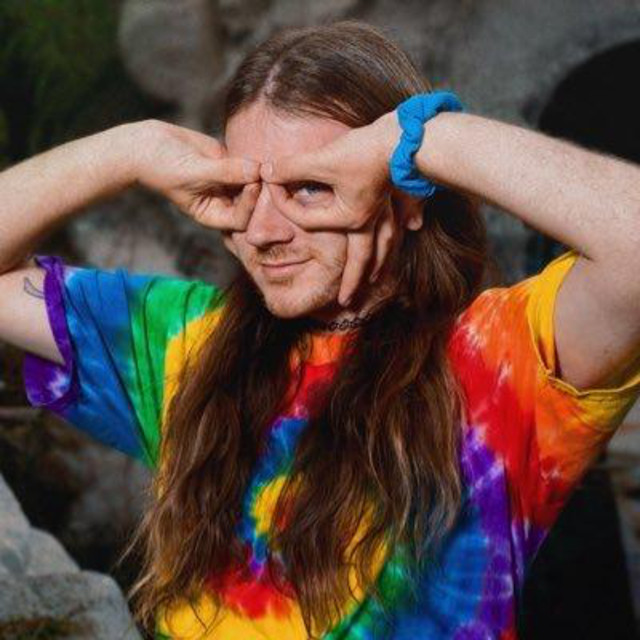 Dylan Brady is an American producer, songwriter and artist born and raised in St. Louis, Missouri and currently based in Los Angeles, California. Following a consistent output of DIY self-releases and collaborations, Brady made his Mad Decent debut with his Peace & Love EP in 2018, which was released to praise from Vice/Noisey (“one of pop’s most exciting futurists”), Complex/Pigeons & Planes (“vital pop music that’s both accessible and delightfully weird [...] among the best out right now, and a wider audience is starting to catch on”) and more. Brady has a vast sonic palette, producing music ranging across the board, from rap to rock to pop, big room, and stadium dance music, though he considers everything he makes to be "pop". He's built an extensive network of internet-based artists and has become one of the most sought-after producers of the SoundCloud era. Brady’s work shows the world through his unique musical lens and displays the diversity of his talents as both a producer and performer. Through his groundbreaking work for his solo artist project, his duo 100 gecs with Laura Les, and in his productions and songwriting for others, Dylan Brady – who has worked with BROCKHAMPTON's Kevin Abstract and Dom McLennon, Charli XCX, Injury Reserve, Night Lovell, Kenny Beats, 03 Greedo, The Neighbourhood's Jesse Rutherford, Deb Never, Dorian Electra, Kim Petras, A. G. Cook and many more – is setting the tone for what pop music will sound like for years to come.