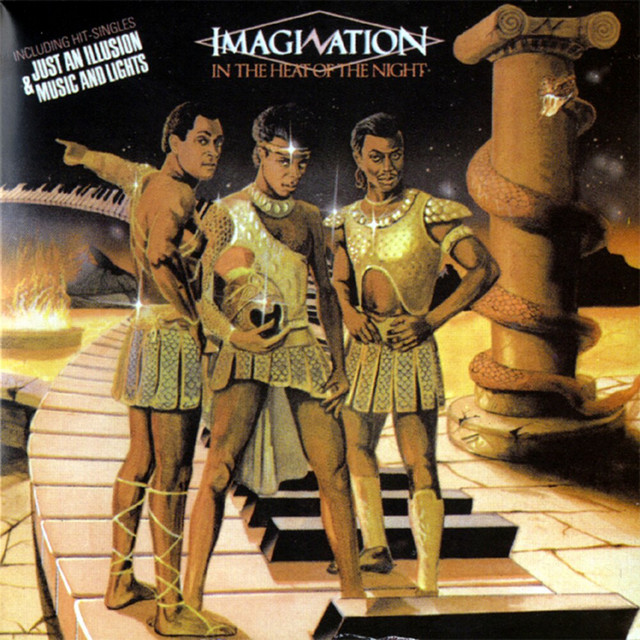 Imagination were a trio from the U.K. that put a synthesized and often clubby spin on soul groups from the '70s. In fact, a couple of '70s groups have direct ties to Imagination; Leee John and Ashley Ingram spent time during that decade playing supportive roles in the Delfonics and Chairmen of the Board, prior to Imagination's formation. Along with drummer Errol Kennedy, vocalist John and bassist Ingram formed the group in 1981. By the end of that year, they already had their first album released and a minor hit in the form of that album's title track, "Body Talk." The group's second album, 1982's In the Heat of the Night, was their most successful, spawning a trio of U.S. R&B chart hits in the form of "Just an Illusion" (number 27), "Music and Lights" (number 52), and "Changes" (number 46). Those singles were even more popular in their home country, with the first pair reaching the Top Five. The remix collection Night Dubbing appeared the following year, as did the group's third proper album, Scandalous. The group's success fizzled until their mid-'90s breakup (at the time, Leee John was the only remaining original member), though 1984's "This Means War" was able to put a dent in the U.S. R&B chart. John remained active in the entertainment industry, hosting U.K. television programs and continuing his recording career as a solo artist and collaborator. Since the group's split, several compilations have been released; Music Club's The Very Best of Imagination is the best place to start. ~ Andy Kellman, Rovi