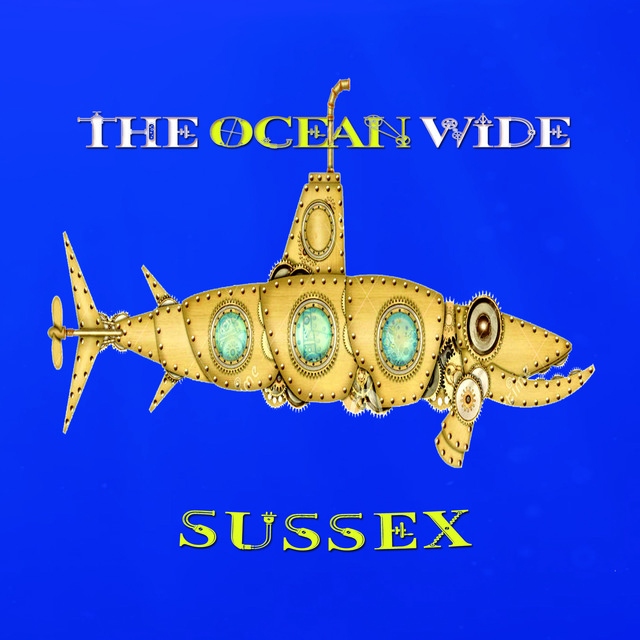 Featuring CFMA Contemporary Singer of the Year Rob Lutes, and international touring artist Michael Emenau, the genre-defying Montreal roots project, Sussex, unveils its new album, suitably titled, The Ocean Wide. Following the success of the group's first record, Parade Day (2016), which reached #4 on the Euro-Americana Charts as well the Billboard Blues Chart (USA/International) - #26 globally (#6 in Canada, and #1 in Quebec). The band has showcased at major confreneces including FAI Contact East Bourse Rideau and ROSEQ.showcases Sussex is back with a second album that will transport you to an equally extraordinary and singular musical universe. With Emenau on vibraphone and pianica, Lutes on guitar, banjo, and vocals, Ivanhoe Jolicoeur on trumpet, Bruno Lamarche on clarinet and saxophone and mixed by renowned Montreal engineer Rob Heaney (Cirque du Soleil, Patrick Watson), The Ocean Wide is roots music in its most adventurous, exciting sense; an eclectic, exhilarating journey — at times joyful, at times melancholy — that takes us improbably right to the very heart of American roots music. “Whether or not veteran blues/roots performer Rob Lutes and jazz vibraphonist Michael Emenau set out to create something totally new is beside the point; they did, it's here in this genre-ignoring group, Sussex.” -Bob Mersereau