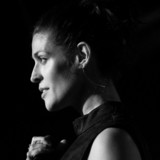 Singer, rapper, and writer Dessa has made a career of bucking genres and defying expectations—her résumé as a musician includes performances at Lollapalooza and Glastonbury, co-compositions for 100-voice choir, and multiple entries on the Billboard charts as a solo artist, as a member of the Doomtree hip hop collective, and as a contributor to the #1 album The Hamilton Mixtape with her track Congratulations. She’s written for The New York Times and National Geographic, presented a TED talk with more than 2 million views, and in 2018 published a memoir that tells the story of her life, career, and an ambitious plan to fall out of love. She's also the host of Deeply Human, a podcast created by the BBC and American Public Media. Dessa's most recent record, Sound the Bells: Recorded Live at Orchestra Hall, was recorded live with the GRAMMY award winning Minnesota Orchestra. The LA Times says Dessa “sounds like no one else.” NPR's All Songs Considered calls her “a national treasure.” On the stage and on the page, her style is defined by ferocity, wit, tenderness, and candor.