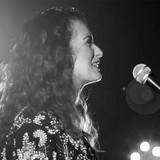 Born in Pomeroy, Northern Ireland, the angelic-voiced Andrea Begley is best known for winning the 2013 series of The Voice UK. The partially sighted civil servant was 27 when she signed a combined deal with Island and Polydor following her victory in the BBC-aired singing competition.

Initially influenced by Irish folk artists such as Cara Dillon -- as well as her aunt, the country singer Philomena Begley -- she built up experience in public performance during her youth by competing regularly at Fleadhs. On The Voice, Begley persuaded the Script's Danny O'Donoghue to become her mentor, following her first round rendition of Sarah McLachlan's "Angel." She eventually made it to the final on the strength of her performances of Eva Cassidy's "Songbird" and the Lumineers' "Ho Hey," with her cover of the latter song denting the U.K. Top 100 before the series was over. However, it was with her version of Evanescence's "My Immortal" that she announced herself properly to the charts, where the single reached number 30. On winning the competition in June 2013, Begley left her home and job in Northern Ireland and moved to London to begin sessions for her debut album, Message, which was released just four months later in the October. ~ James Wilkinson, Rovi