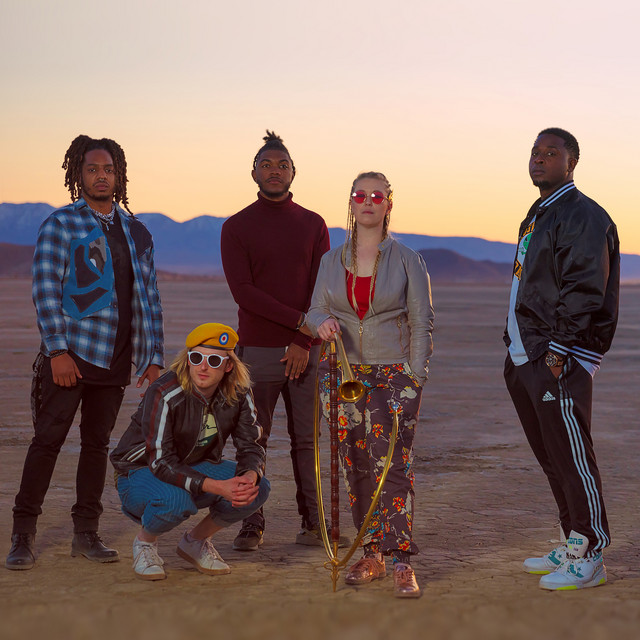 The Urban Renewal Project is a Los Angeles-based band that plays an original mix of jazz, soul and hip hop featuring a singer, a rapper and a huge horn section. Since 2010, the thirteen-piece ensemble has teamed up with vocalists from across the spectrum to blend the hip-shaking grooves and deep pocket of today's music with face-melting horn lines and fiery improvisation from big band jazz. Born from a high school talent show act assembled by saxophonist and bandleader R.W. Enoch, The Urban Renewal Project began in earnest when he met rapper Elmer Demond in Los Angeles several years later. After experimenting with different musical approaches and configurations which can be heard on earlier releases Local Legend (2014) and Go Big or Go Home (2012), they settled on their current set-up: a big band performing a mix of soul, hiphop and jazz music with guest vocalists from each genre—every song incorporating the polish and drive of contemporary pop records with the vibrant energy of live ensemble performance. Their brand-new album 21st Century Ghost, out September 15, is an object lesson in this concept—a genre-bending meditation on isolation in the era of hyperconnectivity with 9 features that run the gamut from legendary Bronx rap duo Camp Lo to California indie pop princess Gavin Turek.