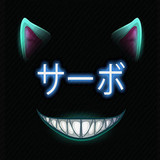 Michael John Leonard, known professionally as "S3RVO" Is an English electronic Music Producer and DJ. S3RVO focuses mostly on House and POP Music but has been known to do many other genres to. S3RVO has only in the last year been able to pick his brand back up and really push forward in the direction he prefers. Michael had a stroke of good luck with a splash of bad luck at the end of 2017 where he was signed to 50/50 Global Muzik/Konvict Muzik (Akon’s Label) as a ghost producer. Michael was able to work with some of the industry’s best musicians/producers/artists for example: C&C Music Factory, Freedom Williams, Drake, Flo-rida & Shayne Ward just to name a few. Unfortunately due to the NDA agreements Michael cannot confirm the identity of the tracks he is involved with. In 2019 Michael cleared his contract & walked away from the unrewarding role as a major label ghost producer to start fresh and initiate a new journey. One which is fair and which gives him the credit he is due. Michael has also produced tracks for the writing camps of Dr. Luke, Benny Blanco, Halsey & Selena Gomez.