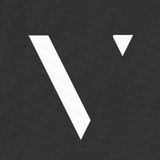 Vrona are a five piece progressive/ambient metal band hailing from the south coast. Devout disciples of textural harmony and the abstract, ever changing mechanics of life and it’s effect on the individual. Since their inception in September 2015 they have taken to decimating the UK, generating huge interest with a commanding presence and room filling sound, having already graced stages at Bloodstock and Mammothfest, toured the UK multiple times, and shared the stage with the likes of Dorje, Brutai, Cambion, The Men That Will Not Be Blamed For Nothing and plenty more. Building on this already solid foundation they released their debut EP "A Lapse in Time" in February of 2016 to massive praise and followed with 2017's "Impermanence". The story is only just beginning. The future is now. <br>