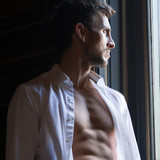 “Princess of the Night”, Zade’s latest release, brings him together in a two pianos duet with Richard Clayderman, “the most successful pianist in the world” according to Guinness Book of World Records. Described as a “Piano Prodigy” by People Magazine, and a "Gorgeous Pianist/Composer/Hunk," by the Washington Post, pop pianist, and UNICEF Goodwill Ambassador Zade Dirani has released Billboard charting albums, and has performed in concert before tens of thousands around the world including Queen Elizabeth of England and the late Prince Philip Duke of Edinburgh, the late Nelson Mandela, former US first lady Laura Bush, King Abdullah and Queen Rania, Former Florida Governor Jeb Bush, Queen Noor, the late US statesman Colin Powell, Chris Rock, Romero Britto, among others. Distinctive appearances include performances at the Smithsonian National Museum of Natural History and the Library of Congress in Washington, DC, the UNESCO’s Headquarters in Paris, and the World Economic Forum. Zade has been featured on CNN, Fox News, The Los Angeles Times, The Washington Post, The Washington Times, The Houston Chronicles, The Associated Press, Reuters, and Skye News, among other international media outlets, and was mentored in Malibu by Grammy winning producer David Foster. Zade has collaborated with some of Spain's biggest stars today including India Martinez, Ana Mena, Pitingo, and others.