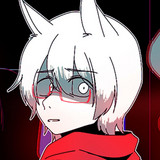 Samuel Blakeslee, known simply on the internet as Lupin, is the sole musician behind Nostraightanswer (typically stylized in all-lowercase). He specializes in electronic indie pop, and is influenced by electronic dance music, J-Pop, and mainstream rock and pop. A known user and of the vocal synthesis software VOCALOID, many of his works feature vocals provided by the software. In late 2014, his voice was selected to be the recorded source of the English VOCALOID library DEX, released late 2015. He commonly collaborates with CircusP and EmpathP, two of his closest friends. With the release of SYNTECH+ and SYNTECH-, Lupin hopes that, perhaps one day, western VOCALOID music can break through the barriers of its niche and become more accepted in the mainstream. Find nostraightanswer on YouTube: https://www.youtube.com/nostraightanswer